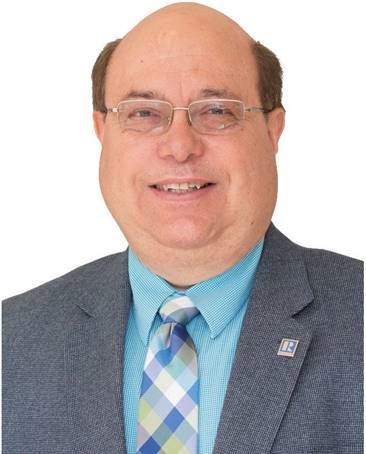 Max and his family moved to Mahomet in 1991.  He grew up in southwestern Michigan and is a graduate of Olivet Nazarene University in Bourbonnais IL.

Max was appointed to the Mahomet-Seymour Board of Education to fill an unexpired term in 2007 and was re-elected to the Board of Education in 2009, 2013 and in 2017.  He has served on the Finance Committee, was elected Board Vice-President and then Board President in 2015.  He has attended various IASB workshops and has earned the IASB Leadershop Award.  Mr. McComb has also successfully completed Professional Development Leadership Training.

Max is a local Realtor® with RE/MAX® Realty Associates.  He serves on the Board of Directors and is Immediate Past President of the Champaign County Association of Realtors® and is active in leadership with the Illinois Association of Realtors®.  He enjoys music and high school/college athletics.  Max has been very active with the M-S Athletic Booster Club.  He is involved at New Day Community Church in Champaign and has been a member of their Board of Directors since 1992.

Max has been married to his wife, Ellen, for over 35 years.  Ellen is an RN/specialist at Advocate BroMenn Medical Center in Normal IL.  The McCombs have one son, Jon who lives in St. Peter’s Mo. Jon and his wife Nicole are both teachers, as was Max’s mother. 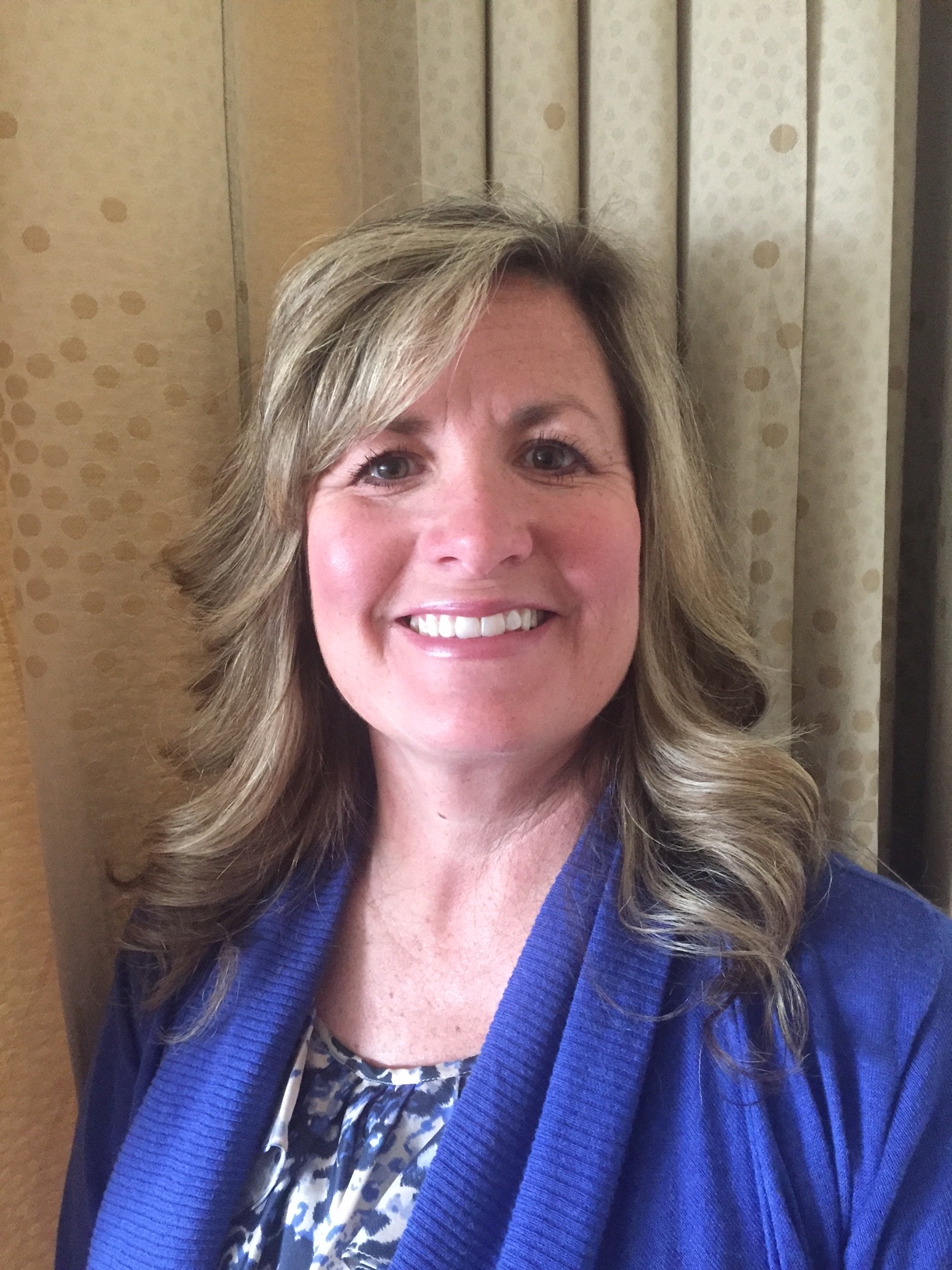 Mrs. Larson was elected to the Board in 2017 and is serving a four-year term which expires in 2021. She represents Mahomet Township and has successfully completed Professional Development Leadership Training.

Mrs. Larson has a Masters degree in Social Work and served as a school social worker in the Mahomet-Seymour Schools for 10 years. She has also worked as adjunct faculty at the University of Illinois in the Social Work Department and has served as a Field Liaison for social work interns and in the role of Field Supervisor.

Lori's husband, Mike, works at the University of Illinois, and they have two children in the Mahomet-Seymour School District. 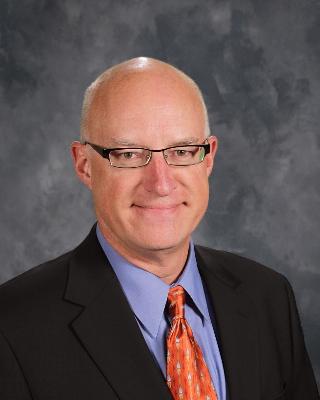 Mr. Giles was elected to the Board in 2009. He was re-elected in 2013 and 2017 and is serving a four-year term which expires in 2021.  He represents the townships other than Mahomet in the District.  Mr. Giles has successfully completed Professional Development Leadership Training.

Mr. Giles has a BS in Accounting from Illinois State University and an MBA from the University of Illinois.  He also holds a CPA certificate, a certificate in commercial banking, and is a licensed real estate broker.  He is CEO of Moonshot Research LLC following ten years at NCSA, U of I's supercomputing labs.  His wife, Erika, is a Para-Professional in the District.  They have four children who have graduated from Mahomet-Seymour High School. 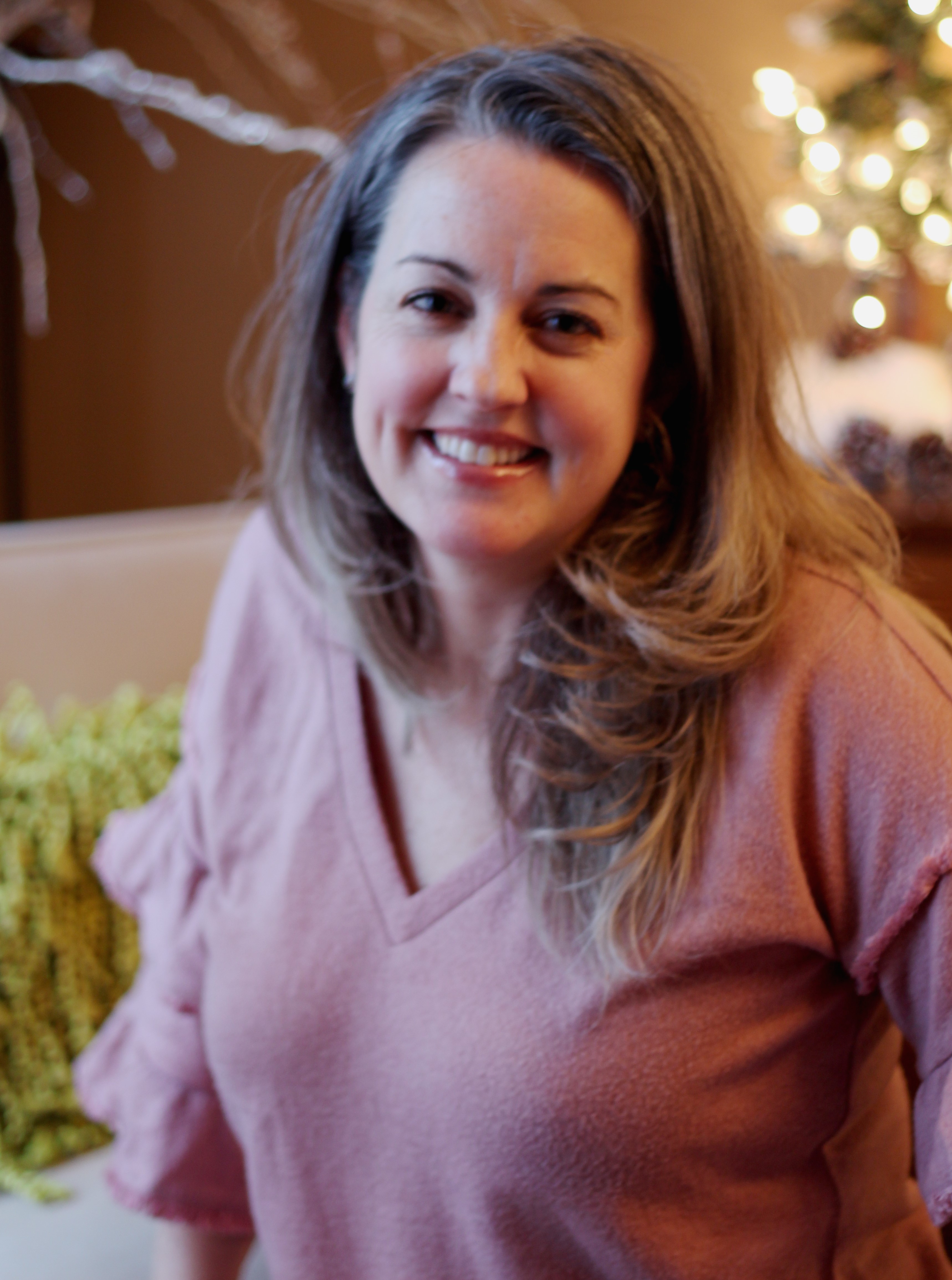 Meghan was elected to the Board in 2019 and is serving a four-year term which expires in 2023.  She represents Mahomet Township. Originally from Colorado, Meghan Hennesy moved to Mahomet with her husband, Michael, and two boys, Brogan and Kelton, seven years ago.

She has served in the Mahomet Community in many different capacities; as the Treasurer and President of the K-5 PTO, an active volunteer in classrooms, and she is the Current Chairman of the Board of the Sangamon Valley Public Water District.

Meghan is excited to be a member of the Mahomet-Seymour School Board and looks forward to increasing transparency, focusing on communication and working hard for the kids, teachers, parents and taxpayers of our community. 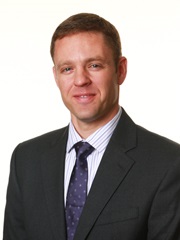 Dr. Henrichs was appointed to the Board in 2018 to fill an unexpired term. He was re-elected in 2019 and is serving a four-year term which expires in 2023.  He represents the townships other than Mahomet in the District. Dr. Henrichs has completed the Open Meetings Act Training and Professional Development Leadership Training.

Jeremy serves on our school district's facilities committee.  He has served as President of the Board for Mahomet-Seymour Youth Football.  He is very active in missions work.  Jeremy serves on the medical team for the University of Illinois Athletic Department.

His wife, Christine, is a Family Practice Physician with Carle in Mahomet.  The Henrichs have 4 children.  Annie, 16, is a Junior at Mahomet-Seymour High School.  Sam, 12, is in 7th Grade at Mahomet-Seymour Junior High. Josef, 4, is just busy all the time! 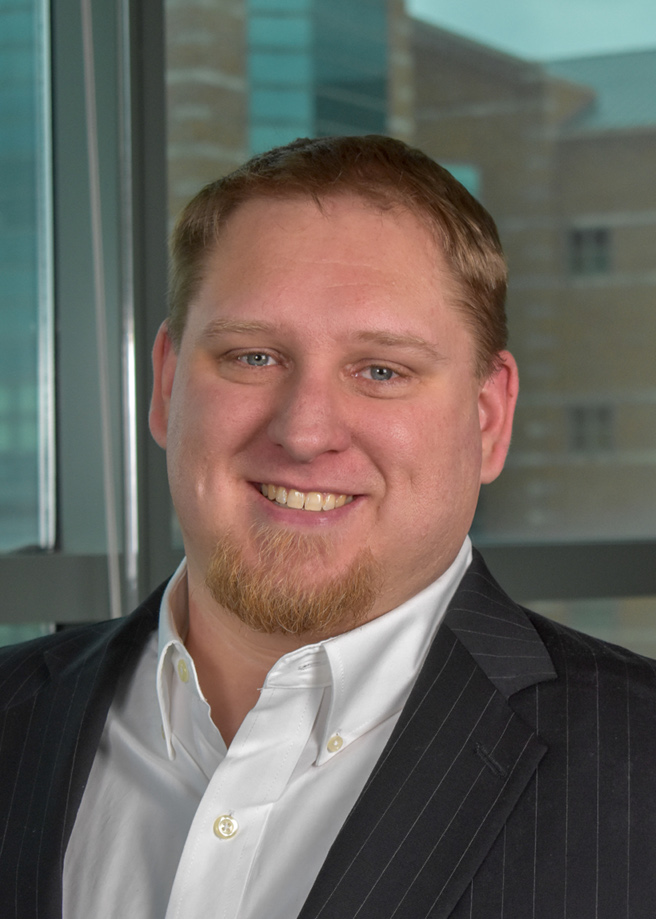 Ken was elected to the Board in 2019.  He is serving a four-year term which expires in 2023.  He represents Townships other than Mahomet Township.

Ken has BS degrees in Computer Science and Mathematics from Southern Illinois University at Carbondale and a Master of Computer Science degree from the University of Illinois at Urbana-Champaign. He is a senior software engineer at the University of Illinois at Urbana-Champaign where he works at the Information Trust Institute in the College of Engineering. Ken primarily develops scientific software for modeling and studying the security and reliability of national critical infrastructure, such as the power grid. He has many peer-reviewed scientific publications and regularly presents his work at esteemed international conferences in cybersecurity and complex-system evaluation.

Ken is very active with the Mahomet-Seymour Parent Teacher Organization. Ken is also the Vice-Chair of the Illinois Statewide Foster Care Advisory Council where he represents foster families from the Illinois DCFS central region and serves as co-chair of the policy and legislative committee. He and his wife have been licensed Illinois DCFS foster parents for eight years and have provided a home to nine children in that time. Ken's hobbies include travel, music, technology tinkering, and small-scale farming.

Ken's wife, Jennifer, is the elementary music teacher in the Gibson City-Melvin-Sibley school district. They have two children in the Mahomet-Seymour School District and a pre-school-aged child. 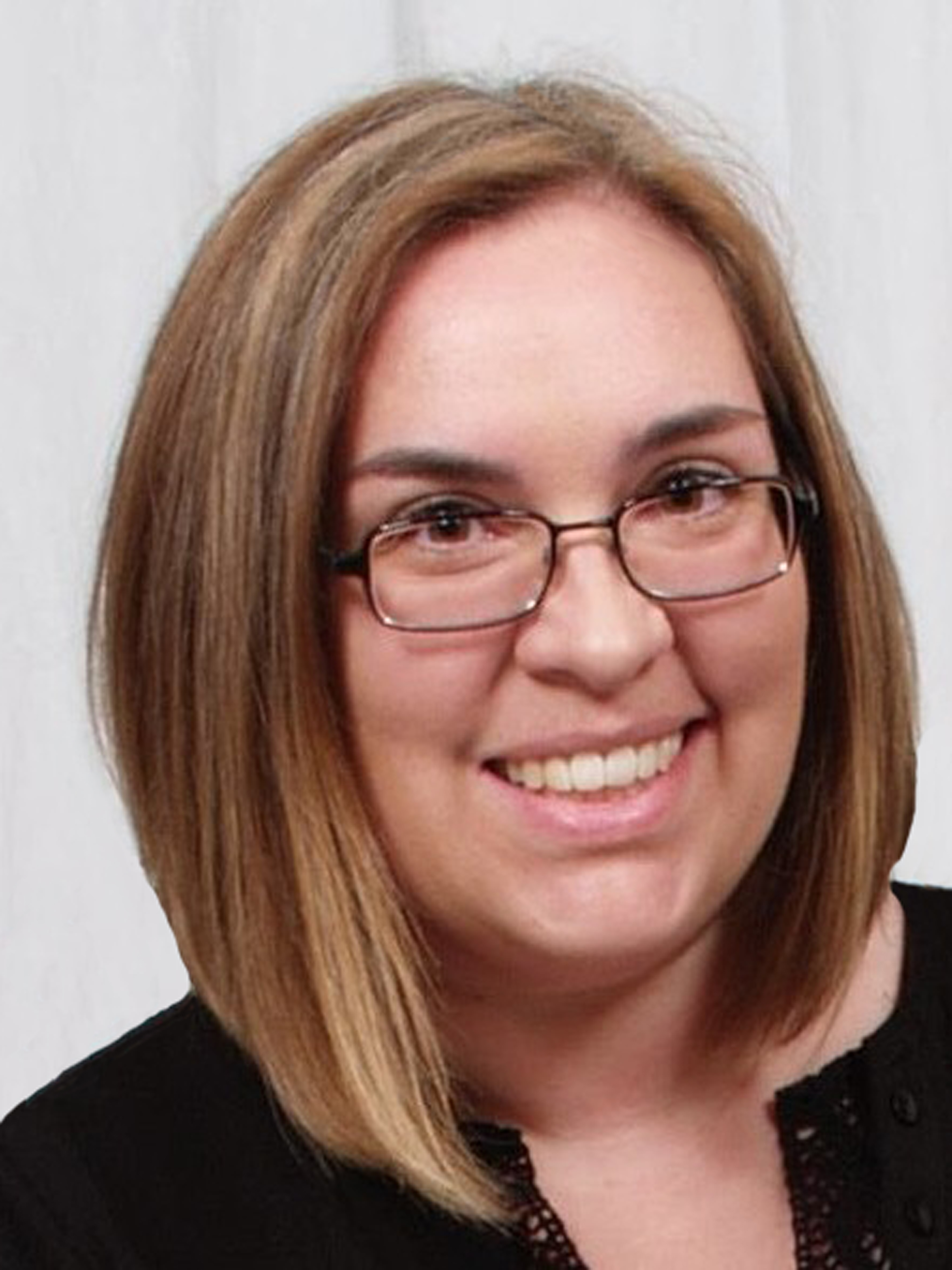 Colleen was elected to the board in 2019.  She is serving a four-year term which expires in 2023.  She represents Mahomet Township.  Colleen has successfully completed Professional Development Leadership Training, Performance Evaluation Reform Act Training for School Board Members, Open Meetings Act training as well as Freedom of Information Act Training.

Colleen is an economist having earned her PhD in economics from the University of Illinois.  In addition, Colleen has been a professional educator for over 25 years.  At the University of Illinois, she teaches economics and statistics and served for over a decade as the Director of Undergraduate Studies.  While Colleen thoroughly enjoys her career as a professor, her most important job is being a mom.

Colleen has been happily married to her husband, Mark, for over 15 years and they have two children attending Mahomet-Seymour Schools.